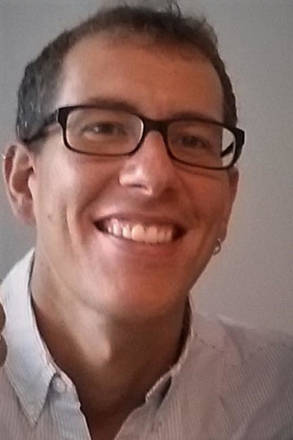 Niccolò Alfano works in the Applied Ecology group within the Biodiversity & Molecular Ecology Department as a researcher under the supervision of Annapaola Rizzoli from 16st June 2017.

His research interests range from virology and evolutionary biology to genomics and bioinformatics. His research is focused on applying new methodological and computational tools (high-throughput sequencing, -omics approaches, targeted enrichment methods) to explore viral diversity, with a special focus on the discovery of novel viruses and the study of the transmission of emerging viral pathogens, especially those with zoonotic potential.

Niccolò studied Biology at the University of Milano-Bicocca in Milan, where he got his Master’s degree in 2010 with a thesis aimed at optimizing a DNA barcoding approach to characterize soil biodiversity through pyrosequencing. After graduation, he worked at the Helmholtz Centre for Environmental Research in Leipzig (Germany) supported by a “Leonardo da Vinci” scholarship, and in Romania in a nature protection association on a raptors conservation project. From 2012 to 2016 he worked as a PhD student at the Leibniz Institute for Zoo and Wildlife Research (IZW) in Berlin (Germany) in the Wildlife Diseases Department working on a doctoral thesis aimed at using high-throughput methods to study the genomics, the phylogenetic relationships and the evolutionary history of two retroviruses involved in a cross-species transmission event (“High throughput approaches to studying virology: applications to the koala retrovirus KoRV and gibbon ape leukemia virus GALV”). As a side project, he also studied the effects of a retroviral infection on the bacterial communities (microbiomes) of the host. During these years, he was member of the ZIBI Graduate School for Infection Biology and Immunology in Berlin. After defending his PhD in 2016, he worked as a postdoctoral researcher in the same institute in a project aimed at screening vertebrate viruses from haematophagous leeches.