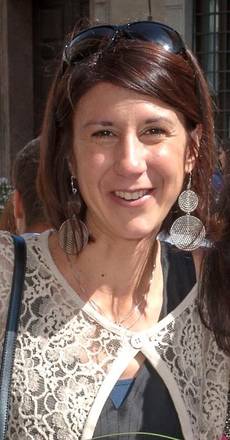 During her PhD, Giulia studied the resistance response to Plasmopara viticola in a grapevine segregating population by combining metabolic and transcriptomic approaches. During her post-doc, she studied the fine regulation of flavonoid content in mature grapes. She is then dedicated to the functional characterization of some genes identified as putative candidates in the previous work. Meanwhile, she was involved in the Grapevine Genome Sequencing project, analyzing the structure and evolution of resistance gene analogs. She co-authored several papers with IF and popular press and presented her work to many national and international meetings. She is supervisor of bachelor and master students.

Currently, she is researcher in the Biology and Fisiology Unit of Genomics and Crop Biology Department. She is principally involved in the identification of genes and metabolites involved in the grapevine response to Plasmopara viticola and Botrytis cinerea. In particular, her main expertise is the characterization mainly at transcriptional level of genes putatively involved in the resistance process, in correlation with metabolic data. In summary, her research interests are the following: molecular biology, functional genomics, plant-pathogen interaction, secondary metabolism.