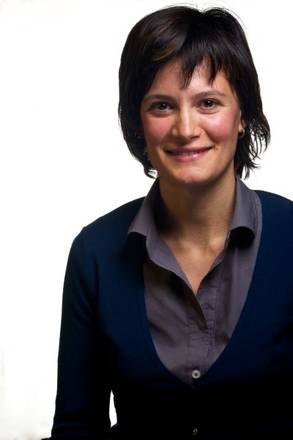 In the 2003, at IASMA, she collaborated to a project regarding GMO detection and quantification in food and feed. After, in the framework of a study aimed at improving the gene transfer technology in grape she assayed the XVE-Cre/loxP system in Vitis vinifera to produce marker free plantlets. Another important aspect of her research concerned the elaboration of a method based on qPCR to quantify transgene copy number in transgenic plants adopting innovative calibrators.

Since the 2009 she was involved in several projects of functional genomics where she is dealing with the production of transgenic grapevines employing constructs for transgene over-expression or silencing.

Currently her research focuses on the study of the transgene chimerism in GM plant tissues, an important issue for vegetatively propagated plants as grapevine. A further goal of her work will be the setting up of a strategy for the targeted gene transfer in grape using zinc-finger technology.

2003-2007: PhD student (University of Turin, Italy). The doctoral research was carried out at IASMA under the supervision of Dr. Ivana Gribaudo (IVV-CNR, Turin) and Dr. Lucia Martinelli (IASMA).