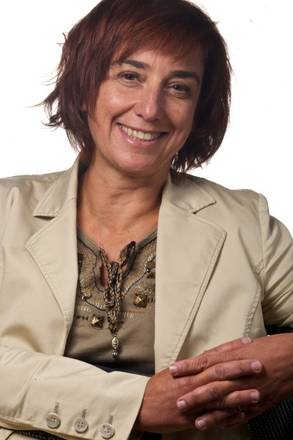 Annapaola is a wildlife veterinarian and her major scientific interest and expertise is in the field of parasitology, wildlife diseases ecology, epidemiology and risk assessment of emerging vector-borne and zoonotic diseases associated with climate change and biodiversity loss. She started her career working as researcher and project manager first for the natural park Adamello Brenta in the province of Trento (I), than for the Centre of Alpine Ecology and most recently for the Fondazione Edmund Mach, both research institutions of the Autonomous Province of Trento.
She worked in this field integrating her education in veterinary medicine with courses and training in other disciplines, especially biology, ecology, epidemiology, spatial and mathematical modelling. She coordinated and performed several research projects ranging from studies on the impact of parasitism of population dynamics of declining and endangered galliform species and managed game species of the Alps, and on the emergence and spread of vector borne and rodent borne diseases in Italy.
Her research work is supported also by competitive research funds provided by the Autonomous Province of Trento as well as the European Community. She has taken part to EU IP project funded within the 6th FW (EDEN ) and she is now WP leader within a new large scale collaborative project funded within the 7th framework (EDENext ) and scientific coordinator of another collaborative project (Eurowestnile). She is also working within a tender projects funded by the European Centre for Disease Control (ECDC) on the epidemiological situation of tick-borne encephalitis and Rickettsiosis in Europe.